There is an interesting subculture among gaijin, foreigners, in Japan.  It is a small, but vocal group of mostly Jews and Blacks who hate Japan and want to make it into something other than Japanese.  This group of anti-Japanese racists mostly publish their screeds against the Japanese on Japan’s largest circulation English language newspaper, the Japan Times.  The Japan Times is mostly quotodienne news about Japan, but it also serves as a globohomo battering ram, imposing, I hesitate to say Western, values on Japan and hating on Traditional Japan. (Trust me, whale is delicious.)  The values are not Western in any sense, other than that their ideology originates in the West, but a West denuded of its true essence, that of Christendom, Rome, and Athens.  This strange group, Nipponophiles of some sort, for but who would move to Japan to live, but really Nipponophobes, who relentlessly hate on Japan and the Japanese.  Mostly because they can never become Japanese, or even be viewed as members of the community.

Now, one knows why the Jews among them hate Japan, because it is the essence of a FREN State, a Far Right Ethno-Nationalist State that acts in its own interests and that of its own race of people.  But most unusual the the peculiar subset of Angry Black Men who move to Japan to live, generally sponging of some academic sinecure, from where they whine endlessly about the racist Japanese who are keeping the Black man down.  It was shocking to your correspondent to see that such academic nonsense is tolerated in the otherwise serious university systems in Japan.

Angry Black man Number 1, a sort of poor man’s Harry Edwards, who could not get a position at a real university, is John G. Russell, ensconced in Gifu University as an Cultural Anthropologist.  Obviously in the cultural area of anthropology because Physical Anthropology was too difficult for this afroed hater.  One can imagine that Russell did not start out as a hater, probably acted too white when he was younger, into non-Black nerdy things like Japanese monster movies as a child, he probably was picked on as a child for acting white, then fled American blacks only to find that he could never turn Japanese.   From thence on, his only opportunity was to be the quintessential Angry Black Man, the Samuel L. Jackson of Gifu.  Interestingly, and sadly, Gifu is one of the most traditional areas of Japan and internationally know for its traditional villages maintained in their traditional architectural glory.

Shirakawago, Gifu, Japan At Its Most Japanese

His most recent screed was about a subject dear to him, and to your correspondent, but for different reasons, Naomi Osaka, the Black American now failing tennis star who pretends to be Japanese.

In what felt something like a case of deja vu from last year’s Masatoshi Hamada blackface fiasco, Japan welcomed in 2019 with yet another racially insensitive controversy, this time in the form of an ad from food company Nissin.

The commercial, which has since been removed from YouTube, featured a light-skinned anime version of tennis star Naomi Osaka that bore little resemblance to her actual appearance as a mixed-heritage Japanese and Haitian-American. Almost instantly, accusations of “whitewashing” began to fly.

Now, in Japan, white skin, like in China, Korea, Vietnam, and Thailand, has always been the standard for beauty.   Most Westerners know something of this, the white makeup that now marks a geisha, popularized here by Memoirs Of A Geisha, staring two light skinned Chinese beauties, Michelle Yeoh and Ziyi Zhang.  These traditional entertainers and ladies of the evening, they traditionally do both, use the standard of beauty that stretched from the origins of the Japanese Imperial Court in Nara in the 7th Century, to that of the Tokugawa Era.  At that time, the white makeup exemplified both class origins, a class that did not work outside in the sun, and a beauty standard.  Black makeup and black skin was never a beauty standard.  Even today, the Japanese, like Koreans, Chinese, and Thais, look down on a tan, even though a tan now represents leisure, rather than working in the rice field. 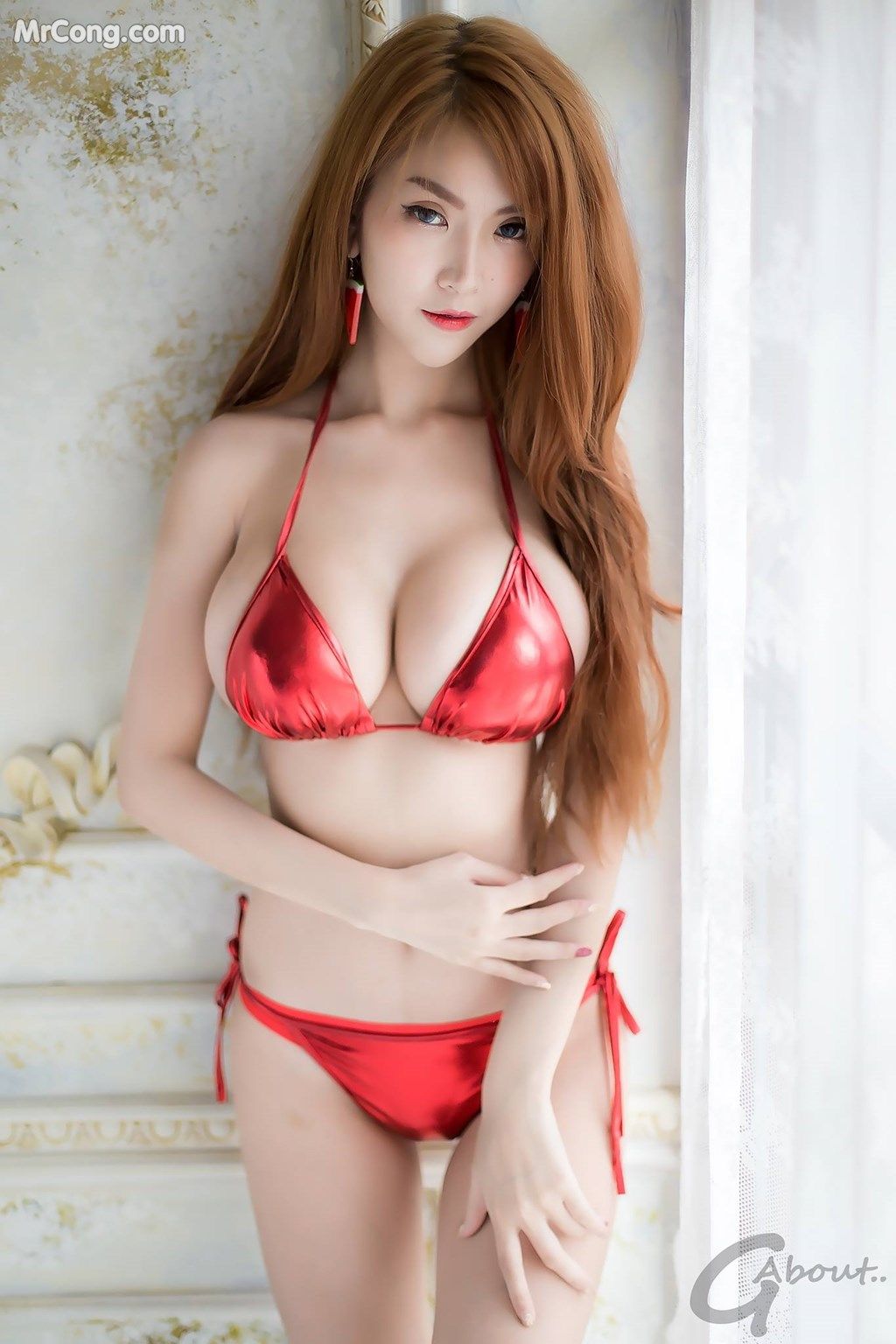 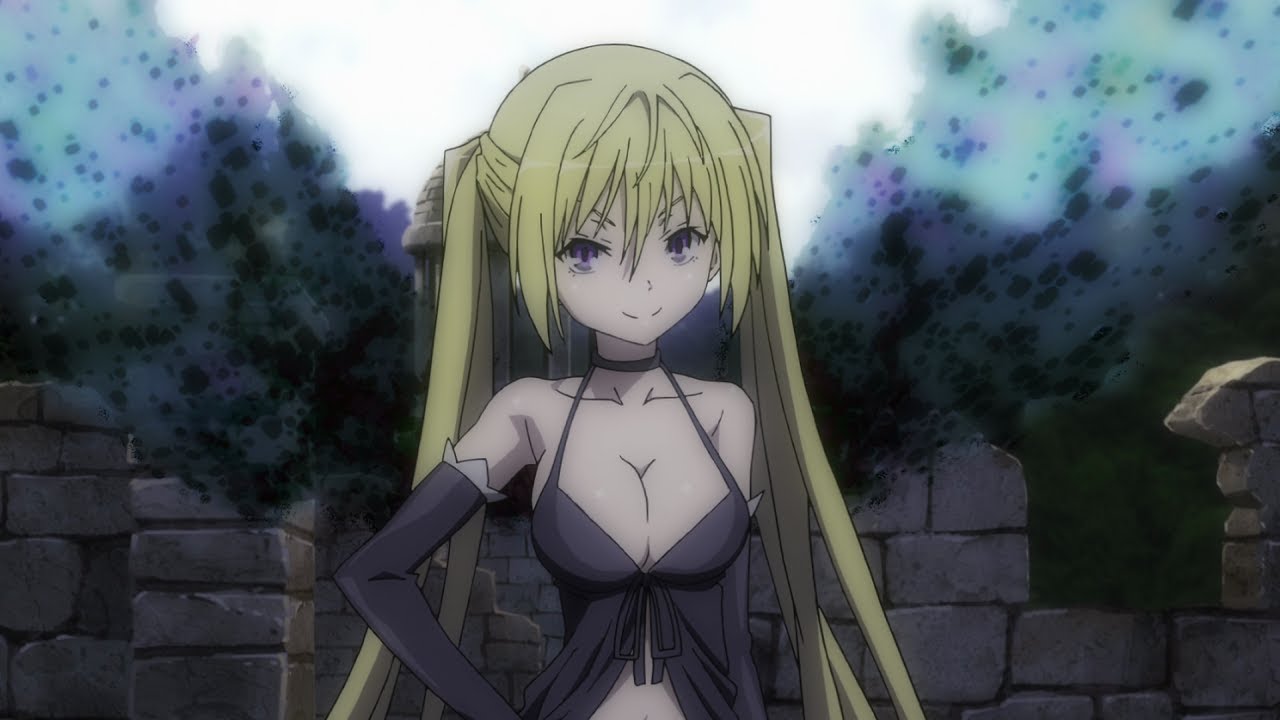 The Standard Of Beauty In Anime, White Presenting

The much more obvious problem is that in anime the characters are always white, as that is the beauty standard.  Just as live action movie and TV stars in Japan all have light skin, so do the cartoon stars.  Anime characters are also almost universally modeled on Caucasians as well.  Their body type, especially the buxom women of anime, always look like slightly thinner versions of white people, especially in the eyes of anime characters, which are always large and round.  Only a few more high end anime films have made Japanese people look more Japanese,  especially well known and the exception to the rule are two by Studio Ghibli, The Tale of Princess Kaguya and My Neighbors The Yamadas. But while more Japanese looking physically, they are still as white as an Irishman.

And as with Angry Black Man Number 1, there is also Angry Black Man Number 2, also of the globohomo Japan Times, Baye McNeil, obviously not of the McNeil Clan.  Angry Black Man 2 in Japan is very concerned about being publicly shamed.  It seems that Japanese obey the maxim When Around Blacks, Never Relax, The Talk, Non-Black version which the Japanese know.  Or get near them given their penchant for violence as experienced by Japanese from Black American soldiers, sailors, and Marines.

The first post on my newborn blog was titled “An empty seat on a crowded train.” If you’re a conspicuous non-Japanese living here who rides the trains or buses, or goes to cafes or anywhere in public where Japanese people have the choice of sitting beside you or sitting elsewhere, then you’ve likely experienced the empty-seat phenomenon with varying frequency and intensity.

I had been living in Japan for four years before I wrote that post, during which time the empty seat and I were constant companions. Our relationship has gone through several phases in the 10 years since, and during that time we’ve gotten to know one another very well. You could even say we were intimate. And like with most intimate relationships, there comes a point where you’ve got to accept your partner, flaws and all, or call it quits. Interacting with the empty seat in this way helped me arrive at an idea that sustained me through the most trying period of my tenure here. And that idea was this:

[The Empty Seat On A Crowded Japanese Train: 10 Years On, The ‘Gaijin Seat’ Still Grates, by Baye McNeil, The Japan Times, October 17, 2018]

Now, this screed, even more than that of Angry Black Man Number 1, shows how little either of the Angry Black Men has acculturated to Japan.  Complaining is unacceptable in Japan!  It is a sign of the child, the outsider, the criminal, the angry, and, most importantly, those who do not know their place in the social hierarchy.

Let see this as a lesson, the most important line from His Imperial Majesty Hirohito’s surrender speech:

We are keenly aware of the inmost feelings of all of you, our subjects. However, it is according to the dictates of time and fate that we have resolved to pave the way for a grand peace for all the generations to come by enduring the unendurable and suffering what is insufferable. Having been able to save and maintain the structure of the Imperial State, we are always with you, our good and loyal subjects, relying upon your sincerity and integrity.

That is the essence of Japan.  One does not complain.  One endures for the nation and for the people.  But an Angry Black Man Number 2 is so uneducated about Japan and the Japanese, he broadcasts his complaints to the world.  You, sir, will never be Japanese.

Now, I am not saying that the Japanese might be avoiding him on public transportation.  I have heard of and experienced the phenomenon, but I did not complain about it.  It was only a point of silent amusement.  But more importantly, I made an effort to never take an unreserved seat on Japanese public transportation if possible.  When in Japan, out of respect and obligation for my most gracious hosts, I stand in the subway, on the bus, in the trolley, and on the local train.  If I am with a Japanese person, I only sit on an end seat, with a Japanese friend between me and the other Japanese.  This is how one behaves in Japan, out of respect for the comfort of others.  While I do not claim to endure the unendurable while standing on public transportation, I do not decry my hosts as irredeemable racists, which they are, and there is nothing wrong with that, but it is their country, not mine.  I have an obligation to adjust to them, not them to me.

And that is another aspect of Japanese culture, obligation.  In Japan, relationships are based on obligation to others, to those above you, to those your equals, and to those below you.  This is called Giri, part of the social system complemented by On.  Our Angry Black Men seem disturbingly unaware and, like most Blacks, are a source of conflict in a society that prizes conformity and the obvious benefits conformity and obligation bring, a safe, well ordered society, nearly free of crime and damaging conflict.

Angry Black Men will never fit in.  It is axiomatic, Japan is for the Japanese.  Similarly, they will never fit in the United States, or Europe, or China.  Their place where they fit in and don’t have an empty seat next to them on the bus is Africa.  Let us all deal with this reality.  Respect the Japanese and their society.  And stand on public transportation.

7 thoughts on “The Black War On Japan”