Some on the right don’t like Bill Barr, some say he is part of the open our borders conspiracy, unlike Sleepy Jeff Sessions, who had so much promise, but who failed completely in many areas outside of immigration.  But for this, I will only deal with the responsibilities of the Attorney General for the immigration court system, the Executive Office for Immigration Review (EOIR).  I will speak however to what he has done to date on the immigration issue as the Attorney General. 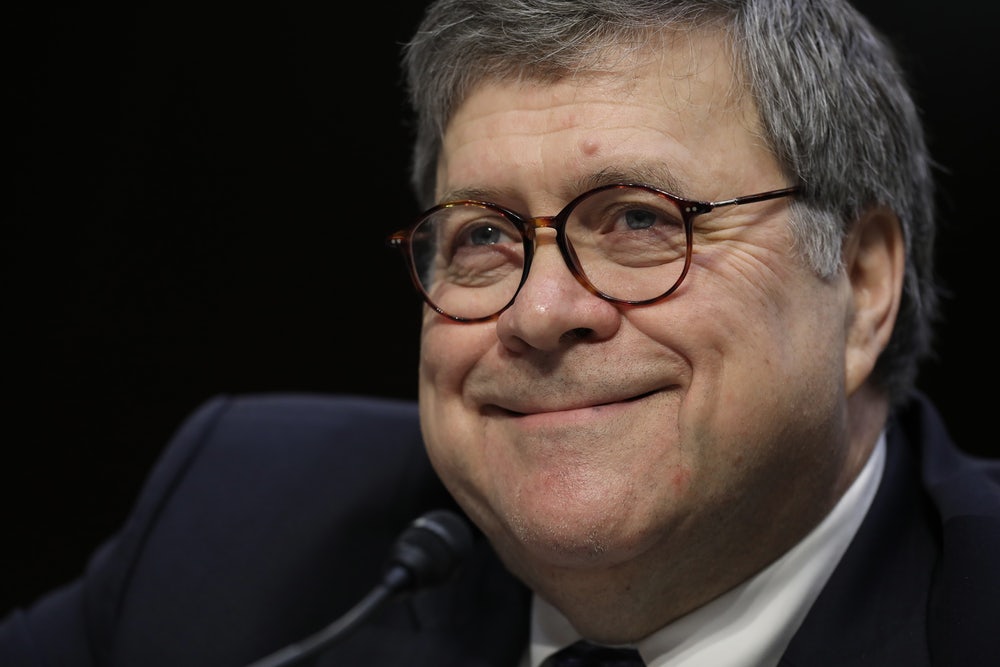 Based Bill Barr, Smiling For a Reason

First, let us clear up what are the AG’s authority over immigration.  The AG does not order immigration raids, arrests, or make immigration policy regulations.  Importantly, he does not make immigration enforcement policy, that is made by the Secretary of the Department of Homeland Security (DHS), currently in the hands of an Obama #DeepState infiltrator, LadyboyDACA, Kevin McAleenan.

However, the AG does make policy for the EOIR, as the EOIR is in the Department of Justice (DOJ).  Here the AG has significant authority, and how that is exercised is of import.  And despite claims he has been a behind the scenes saboteur, nothing could be further from the truth.  Barr could have done more, especially in the area of Sanctuary Cities and rounding up Antifa, but on those issues Sleepy Jeff was no better.  But both Sessions and Barr have been quietly and significantly moving issues in the EOIR, overturning Clinton, Bush, and Obama policies that have let the EOIR kritarchs run rampant.  Those days are over, and even more so after a week of Based Bill sticking it to the EOIR kritarchy.

First, Based Bill has moved against the kritarchy’s political machinations by proposing to decertify their union, which is a mere facade of illegal political activity by Immigration Judges prohibited by the Hatch Act.  [Bill Barr Moving To Control The Immigration “Judges” By Decertifying Their Union, by Federale, VDare, August 19, 2019]  And despite the fact that I have been writing on the kritarchy for years, note the crazed Two-Minute Hate directed at VDare for publishing this mild criticism of two of the union thug kritarchs.  Sadly my criticisms of another union thug in the kritarchy has gone unnoticed, likely because Google killed my first blog, but some is still available on VDare here, here, here, and here.

But back to Based Bill.  And to Sleepy Jeff.  Both moved administratively against the kritarchy at the EOIR, and Based Bill had a strong month in August, but most of what he did was well in the works under Sleepy Jeff, so much admired by the Alt-Right when comparing Sleepy Jeff to Based Bill.

Let us look at some of the recent developments began under Sleepy Jeff and finalized under Based Bill.  We are all aware of the problem with fraudulent asylum claims.  Barr has moved, like Sessions, to end that fraud.

A decision issued Monday by Attorney General William Barr will restrict the ability of migrants to claim asylum based on their family relations.

In a precedent-setting immigration court opinion, Barr said that simply being part of a nuclear family targeted for persecution doesn’t qualify as a “particular social group” eligible for asylum in the United States.

“The fact that a criminal group — such as a drug cartel, gang, or guerrilla force — targets a group of people does not, standing alone, transform those people into a particular social group,” the attorney general wrote.

This decision is as important as Sessions’ decision that being a crime victim made one eligible for asylum.  This is Barr continuing and expanding on the actions of his predecessor, not as some are describing him as a do nothing on immigration.

Then there is the issue of the Flores Settlement and Kritarch Dolly Gee’s attempt to overturn established policy, the Settlement itself, and Supreme Court precedent.  Barr has decided to confront the kritarchs head-on regarding the detention of illegal aliens. While technically a DHS decision, the AG was in on this as his office will be in court, and was sadly the party in the original case and subsequent settlement.

The Trump administration is moving to end a long-standing federal agreement that limits how long immigrant children can be kept in detention. A court fight will almost certainly follow over the government’s desire to hold migrant families until their cases are decided.

The current court agreement now requires the government to keep children in the least restrictive setting and to release them as quickly as possible, generally after 20 days in detention.

Homeland Security officials say they are adopting their own regulations that reflect the court’s “Flores agreement,” which has been in effect since 1997, and there is no longer a need for court involvement, which was only meant to be temporary. But the new rules would allow the government to hold families in detention much longer than 20 days.

Note that some who attack Barr are claiming Sessions was better on this issue, even though Sessions did nothing about the Flores Settlement and its abuse.  And Barr has not stopped there.  He is moving on Bureaucrat Game to shut down the Resistance in the EOIR by moving hardliners into the appellate function of the immigration courts.

The Trump administration has promoted six judges to the immigration appeals court that sets binding policy for deportation cases — all of whom have high rates of denying immigrants’ asylum claims.

The six come from courts that have higher asylum-denial rates than the national average, including two from a court that has drawn complaints of unfair proceedings from immigration attorneys and advocates. A third has a long history of denying asylum to domestic violence victims, something the Justice Department has also sought to do.

The new appeals judges, who will now make up more than a quarter of the appellate board, were appointed as the administration works to speed up the immigration courts and narrow migrants’ use of asylum cases to come to the U.S. The six new appointees were sworn in Friday.

Barr is also moving to give these new hardliners, and himself, more authority to overturn bad decisions by kritarchs in the Resistance.  Sessions started this by overturning bad decisions.  Barr is overturning the bad decision makers.

Attorney General William Barr has moved forward with a regulation changing the way immigration courts handle appeals, expanding the ability of those courts and the attorney general himself to issue decisions that bind the way all immigration judges must decide cases.

The final version of the regulation, which will be published Tuesday, backs away from several other changes that the department had proposed. Immigration advocates and attorneys raised concerns that those changes would give the appellate body too much discretion over precedent.

Barr’s first major regulatory change to the immigration courts continues efforts started by his predecessor, former Attorney General Jeff Sessions, to tighten the ways immigrants can pursue a right to stay in the country. As first reported by The Chronicle, the regulation was originally proposed during the George W. Bush administration and was revived under President Trump.

So, while I have problems with Barr, his failure to round up Antifa and prosecute the FBI brass, including James Comey, who illegally investigated and lied about their actions to overthrow the Trump Administration, a clear case of sedition, are two of those issues he has to improve on.  But he is doing as much as Sessions on the immigration issue, and he could do more.  But what has been done is good for the Republic.  Certainly more than LadyboyDACA.  Based Bill is good, but could be better.

View all posts by federalefifthcolumnist

6 thoughts on “Based Bill Barr Sticks It To The Kritarchy”