So, the Department of Homeland Security (DHS) has taken some action against New York for illegally providing driver’s licenses to illegal aliens.  DHS has decided that persons residing in New York and using a New York driver’s license or identification card as part of an application for using any of DHS’ trusted traveler programs, of which Global Entry is the largest one.  Not mentioned is the Transportation Security Administration (TSA) Precheck.  This is a very disappointing response.  DHS has such better options to force New York to end support for illegal aliens, but DHS only seems concerned about New York restricting access to driver’s license data by U.S. Customs and Border Protection (CBP) and U.S. Immigration and Customs Enforcement (ICE).  I am not certain how New York is restricting that access, as such data is accessed through an intergovernmental system, managed by CBP, Treasury Enforcement Communications System, (TECS) and the National Law Enforcement Telecommunications System (NLETS) managed by an association of State, local, and Federal law enforcement agencies.  The Federal Bureau of Investigation (FBI) allows access to Federal criminal records through both systems to member law enforcement agencies.  I don’t know how New York is restricting access, since membership requires allowing access to all member agencies.

The Department of Homeland Security has blocked New Yorkers from enrolling in Global Entry and other Trusted Traveler Programs (TTPs) in response to the state’s law allowing undocumented immigrants to obtain driver’s licenses.

Acting Homeland Security Secretary Chad Wolf wrote in a letter to the state’s Department of Motor Vehicles that New York law forbids the state from supplying data to Immigration and Customs Enforcement and U.S. Customs and Border Protection (CBP).

Wolf said the department utilizes that data to get information about criminal networks and to verify that individuals are of low-risk status and eligible for TTPs with their criminal records. He called New York’s Green Light Law, which allows undocumented residents to apply for a driver’s license while protecting their information from federal immigration agencies, “disappointing.”

“Disappointing” is weak response by Acting Secretary Wolf.  His response should have been ordering ICE SVU to begin identifying, investigating, and arresting individual DMV employees who issued a driver’s license or identification card to an illegal alien for violating Title 8 United States Code, Section 1324, Bringing In And Harboring Certain Aliens, the statute that prohibits aiding illegal aliens to remain in the United States.  A few high profile arrests with a perp walk will shut this down quickly.  Of course, Chad Wolf failed to order ICE SVU to go to DMV offices and make arrests of illegal aliens when they were lining up to get driver’s licenses the first day they were available. 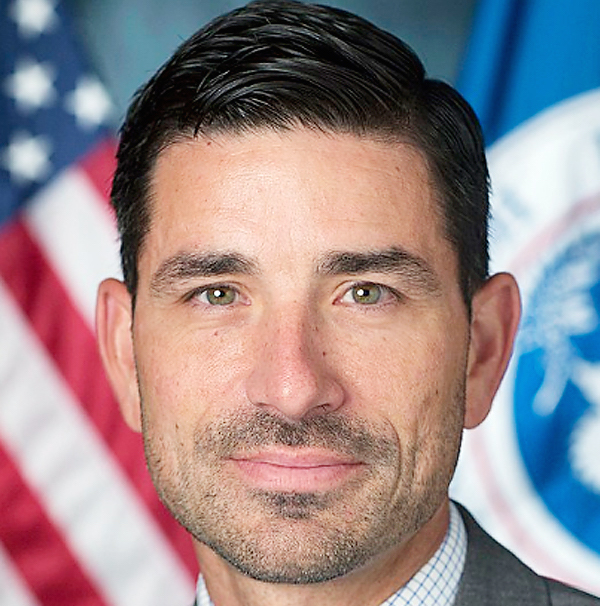 Not So Chad Wolf

Sadly, Acting Secretary Wolf is falling down on the job.  Public violations of immigration law, like that of New York, appear to be of little concern to him.  Similarly, an illegal alien with an outstanding deportation order who applied for a police ride-along program has yet to be arrested by ICE SVU.

An undocumented immigrant with an active warrant was approved to ride-along with Montgomery County Police, in turn, causing a stir among the rank and file.

On November 13, the Clarksburg resident — who ABC7 is not identifying — submitted a one-page ride-along application.

“In order to know a little about the responsibilities and dangers of an officer,” the man wrote in response to a question asking why he was interested.

Montgomery County Police performed a background check on the man, which is standard procedure. It returned an active warrant for failure to appear for an immigration court date.

“Lt. [this man] is part of Spanish speaking Citz Academy. He (has crim history) is 10-60 FTA for immigration deportation,” a note that was dated December 8, and attached to the application states.

Despite the warrant, 5th District Commander Mark Plazinski approved the ride-along, which had been scheduled for the morning of Saturday, February 1.

It appears that Chad Wolf is unconcerned about illegal aliens.  Ken The Knife is a bit stronger, noting that the 9/11 terrorists used Virginia driver’s licenses, then available to illegal aliens and temporary visitors.

But there is nothing stopping the Ken Cuccinelli, the Senior Official Performing the Duties of the Deputy Secretary for the Department of Homeland Security, from ordering arrests as well.  Why isn’t he?  Stop complaining and do something!

One thought on “Weak Tea From Chad Wolf”